My name is Holly, my husband and I were married in 2019 and we struggled with infertility for two years before we adopted our son Simon through divine appointment. And then very shortly after our adoption was finalized, I found out that I was pregnant with our second child.

So when you see stories of hope and stuff, it’s a reminder of like, God doesn’t love those people or love that person more than me, just because a good thing is happening to them right now, it doesn’t mean that it can’t happen to me. So that was an idea that I really clung to.

After I had done the first podcast and talked to you guys, I had gotten to thinking more about Simon’s name, and I told you, it means ‘God hears’ and I was like, Oh, of course it does. And prior to that there was a co-worker, in a card –Right after one of our fertility treatments had failed and I was devastated, and he knew it. – he and some other co-workers were very, very sweet and they had gotten me a card and given me some encouraging words and stuff. He wrote a Bible verse in it; he wrote Psalm 35, “weeping may endure for a night, but joy comes in the morning.” That was another verse that I had kind of clung on to, and it did not occur to me until later, much later, you know, that Simon’s name is Simon Luke. While Simon means God hears, Luke means bringer of light. So that was kind of like a realization, to me that that darkness, that that season of dark and infertility was over. He had brought morning to me in that.

So we’re in June of 2021 and I am just perfectly content. I was like, praise God, you know, God has given me what I asked for. It wasn’t in the way that I anticipated. I didn’t come in prayer, when I asked for a child, with the heart for adoption. It was something that I was shaped for over time. And you know, it was an amazing experience. The way our adoption happened is not, you know, something heard of; it was definitely a God thing. Because a lot of times adoption does not happen as quick or as smooth as Simon’s did. That’s why you know, it’s absolutely supernatural the way that that happened. I was content in what I had been given. I was like, God has given me a child and this is what I asked for and just happy and just overjoyed with answered prayer. You know, that our prayers have been answered.

So right before the adoption had taken place, Joe and I had spent from about January to April, going back and forth between Arkansas and Dallas. We were making frequent trips to Dallas to see a fertility doctor. I try not to say it was like a super miserable time because you know, there were some different things about the travel, and us going to Dallas, that Joe and I got to kind of bond more as husband and wife. When you’re going through infertility, it can be really, really easy for your marriage to suffer. It’s just the weight of it, there’s a lot of stress, there’s a lot of disappointment, and there’s a lot of avenues for the devil to try to get a foothold on your anxiety or your anger. So while we were going to Dallas, it was a good bonding experience for him and I. We got to be together and be on the road.

But after the adoption happened, you know, I can remember I was scheduled to go in June, they wanted to do another exploratory surgery and some other stuff. I can’t even remember it all now. But, I can remember Joe asking me, well, you know, “Are you going to keep that appointment or are we going to take Simon with us to Dallas?” I looked at him and I told him, I said, “You know what, I just want to be Simon’s mom.” I said, “I don’t really think I want to do this anymore. I don’t, I don’t need to.” I said, “I’m happy, you know. I’m happy if this is the only one I ever have.” And Joe was like, “Okay, I fully support it.” And we just were living life.

I spent the whole summer with Simon. So I had a good 12 weeks off with him and went back to school in August. It was right before we were actually going to go to Dallas again in November. We were gonna go on this trip to Dallas to meet Joe’s parents. We were gonna have a little trip together, right before Thanksgiving. And I woke up in the middle of the night feeling very sick. I remember thinking to myself at the time, it was like this realization that I was late, and I almost was afraid for a moment because just some of the particular diagnoses that I had were inconsistent cycles and some other health problems. And I was afraid at first, like, what if this is coming back?

I remember being in my bathroom and praying and being like, Yeah, I’m not going to do that. Because it’s one thing to say you trust God, it’s a totally different deal to actually do it. And I said to myself, “I’m not going to let the devil give me a spirit of fear. I’m not. I rebuke that.” So I’m sitting there thinking about what am I gonna do. I’m just gonna go to the doctor, and it’s gonna be fine. No matter what happens it’s going to be fine, because I have evidence that I’m going to be taken care of, no matter what! I mean, that’s, that’s what happened. No matter what God’s going to answer prayer. It might not be the way I think, you know, it’s gonna go, but it’s going to be answered.

So I was sitting there thinking like, oh, you know, the first thing that they are going to have me do is take a pregnancy test. I know that. So like most people going through infertility, I have a bunch of pregnancy tests under my cabinet. So it’s like three or four o’clock in the morning. It’s a school night and I wasn’t feeling good. I was like, I’m just gonna go ahead and take it so I could report to them that it was negative. That was what I was gonna do.

I took the test and then I looked at it. I could not believe it, that it was positive. That was the first positive pregnancy test I’d ever gotten in my entire life. And I just, I mean, I stood there for probably a good three or four minutes, just like, are you serious right now? I mean, like, Simon was in the next room in the bassinet next to my side of the bed because he’s still a little guy at this point and I went in and I woke Joe up and I was like, “Joe, you are never gonna believe this. I am pregnant.” He was like waking up and looking at me like, are you serious? Are you serious right now? He woke up again the next day, and he said, “Did you tell me you were pregnant in the middle of the night? Like, I thought I could have dreamed that one.” So that’s what happened. (laughter)

The next week, we went and saw Joe’s parents. We told them. It ended up that I was about six and a half weeks pregnant at that point. We told Joe’s parents, we waited till Christmas and told my parents. I had a very uneventful and boring and normal pregnancy. (laughter) Actually when I was having Titus, I don’t think that there was anyone that came, was a nurse for me, that I did not tell them about Simon and what a miracle that this pregnancy was. I told every single nurse. I was like, “Let me tell you something…”because it’s just such an amazing story. Like, my children, both of them are miracles, you know. But, I did, I had a very boring and uneventful pregnancy and our second son, Titus, Titus James, was born July 21 and he is perfect in every way. He’s actually sleeping across my lap right now. I’m currently on maternity leave, so I’m enjoying my 12 weeks with him.

So that’s where we’re at and something that I realized through this whole thing, it’s not about what I wanted. It’s not about the prayer I asked for. It’s not about me wanting a family. It’s about how good God is. It’s about Him saying, “Look what I can do.” And it’s humbling that He did it in my life.

For other people that are going through a dark season, when you see that beacon of hope and you’ve come to the realization that the season that you’re in, no matter how deep and dark it is, it’s not forever. You know, it’s just a season, it’s just a passing, and it can be a real game changer in your attitude. The consistency is God’s goodness, that He is going to make a way. That He’s going to be good no matter what and that we have these stories to bring glory to Him, and a demonstration of how much He loves us.

I told every single nurse. I was like, “Let me tell you something…”because it's just such an amazing story. My children, both of them are miracles!" The consistency is God's goodness, that we have these stories to bring glory to Him, and a demonstration of how much He loves us. 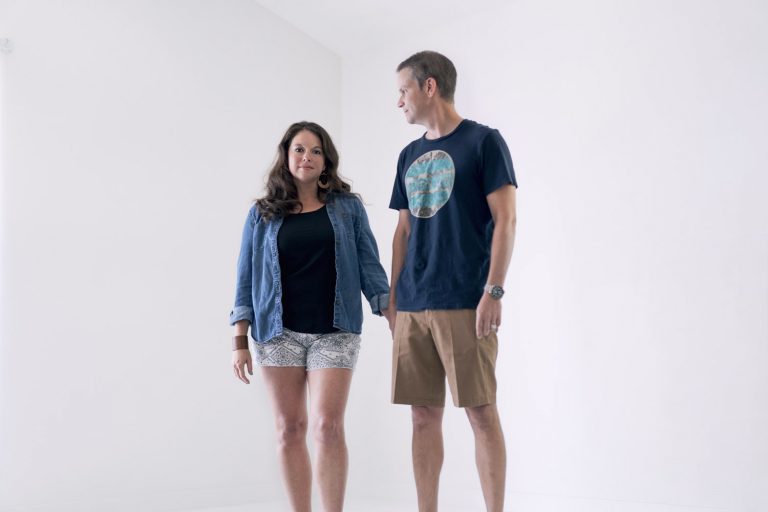 When Heaven and Earth Collide 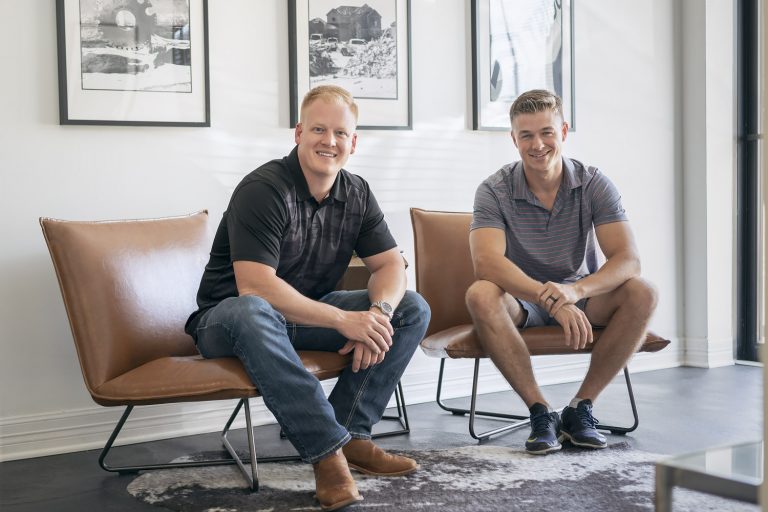 Your Life Is Not Your Own Hi, this story is AMAZING! Please take a moment to listen: A Double Portion!
link: https://theunseenstory.org/portfolio/a-double-portion/