Hi, my name is Kathleen. I would describe myself as a favored daughter of the King, who wants my brothers and sisters to know that they’re royalty too. And I love my family. And I love my spiritual family that God has also given me, because the love that He’s given me is His love. It’s much bigger than my love and it encompasses everybody I meet. I never meet a stranger and it’s been an exciting way to live.

I remember going forward at a Billy Graham crusade. And I can’t even imagine at the age of 12, what sins I had committed. But it was like this pull, walking down all those stairs to the field, to ask Jesus to really come into my life and take over. I could not wait to receive the Bible studies that would come in the mail. I would pour over the Word of God. And yet, that balance of learning the Word of God, but experiencing the spirit realm was just something that I was so blessed to experience at a young age. It was unusual in that I was attending a Lutheran Church. And a lot, you know, a lot of times people don’t consider Lutherans to have a lot of knowledge or experience with the spiritual realm. But I was in a church in La Jolla that had gone through the Jesus movement. When I was a young teenager, in the 60s, we had a pastor, a young pastor, Chuck Dunhowe, who just lit the fire of the Holy Spirit in me during our confirmation experience.

In the Lutheran Church confirmation is the you know, you’re confirming the baptism that your parents did for you when you were a baby. So when our pastor said, “I’m going to teach you all, not only the fruits of the Holy Spirit, love, joy, peace, patience, goodness, kindness, gentleness, faithfulness, self control, I’m going to teach you the gifts of the Spirit. Because God doesn’t want you to live life without the gifts of the Spirit. There is a Spirit, Holy Spirit, that gives you miracles, signs and wonders. And Jesus told us, He commissioned us, to heal the sick, raise the dead, cast out demons and heal the lepers.” I mean, we as believers have been given that authority, and I’ve got stories for all of those things. And it’s like, he wasn’t kidding. And so I don’t know except to say that I was blessed at the age of 13, to be given a carrot… Okay, The Book of Acts didn’t just happen back then it can happen to you today. So that was my exposure at 13 years of age.

Later, I married into Tim LaHayes’ family. Larry and I were married for seven years, we had two little boys. Larry went through an identity crisis, which really all of us go through at some point in time. He just really didn’t know who he was anymore. He didn’t know what he believed and our marriage came to an end. I was broken. I was shattered. I had been raised with a spirit of performance. My family was well known in the community. My parents had beautiful clothing stores. And it was like okay, girls, three daughters – look perfect, act perfect, be perfect. I mean, Yuck. That’s a terrible burden that nobody should have to live up to. And here I was divorced with two little boys. It was the worst and the best thing that happened to me, because I knew where to go with my brokenness. Jesus, Papa God, Holy Spirit, became something new to me that I had never had before, because I had never been so broken and really rocked off my pedestal, because I erroneously thought it was in my strength, that I was going to bring glory to God and bless people. All of a sudden, it’s like, Lord, I and my little boys are scarred for life. Now, how am I going to be in ministry? How am I going to bring glory to You? And I think back Wow, I was so naive.

Now, many, many years later, I realized, wow, our weakness, our brokenness is such an incredible platform for the love of God, the power of God.

My life has truly become a wellspring of hope. Because I’ve gone through a lot of hard things. Not only did I go through my divorce in my first marriage with Larry LaHaye, I married a childhood sweetheart, afterwards, Michael O’Donnell, and we were very much in love. We had a wonderful relationship. And Mike had actually been an advance man for the President of the United States and the Vice President, and had worked at the Pentagon; he was a mover and a shaker. He was an illustrious human being, that lived life to the glory of man. But I never realized until we were married, how broken he was and I kind of went from the fire into a frying pan. But I just said, “Lord, I am not going to go through another divorce. You have to do something.” And the Lord started teaching me incredible things.

I just recently published my first book. It’s called Divine Setups. Coincidence or Destiny? A divine setup brings us to the end of our reality, and lifts us above our circumstances, above our feelings, above how our limited minds would work, to the much more of God. I mean, He designed each one of us with individual fingerprints. Nobody has the same fingerprints. Nobody’s destiny is the same. The destiny is for us to fulfill the purpose in which we were born, to become so one with our Papa God, and Jesus and Holy Spirit, that we have no fear. What’s there to fear about? The things that I’ve feared have come upon me! And guess what? I went right through them to the other side, where I just went, “Wow, God, You are incredible. Thank you for trusting me to go through that. Thank you for giving me a gift of faith. I’ve been able to see beyond the dark night of my soul. I know that behind you, enemy, is my Papa God who’s smiling at me saying Trust me. I’m gonna bring you through this. It’s gonna be okay.”

You know, my son Jamie said to me, after Michael passed away, he said, “Mom, do you feel ripped off?” I said, “Honey, why would you say that?” He said, “Well, because you prayed and brought dad into his true identity.” –We were going through bankruptcy at the time, we were going through foreclosure. God was shaking everything that could be shaken. So that the one thing that could never be shaken would remain. And that was how He got Michael O’Donnell’s attention.– And he [my son] said, “After all that mom, dad became amazing for like five years, and then he was gone.” I said, “No, Jamie, I feel so blessed and so thankful for what God did in both of us, through both of us. And I feel treasured by the Lord that I submitted when He [God] said, “Hey, Mikey, remember all that stuff you put in the closet with a big padlock? Well, guess what? We’re gonna open that closet. It’s gonna start tumbling out. But you’re okay, because you’re in a safe place now, because your wife’s gonna help you.” And I thought, But, Lord, I don’t remember volunteering for that.

So we had 17 years of really hard stuff, but in the midst of all of that, one of the most beautiful memories of a divine setup. Mike and I lived on a ranch for a while and it was in the midst of a ride for Christ’s Foundation fundraiser. We had hay rides and trail rides. There were about 60 people in a beautiful arena. There was a roof, but the sides were all open, and it was dusk. We were overlooking 500 acres of rolling hills. And my husband, who had become such a son of Abba. –Because he had been so abandoned by his biological father, he had been so rejected, in many ways by his stepfather, and that wounding in his soul was so deep that he couldn’t trust any father figure.– But he had become so connected to his Abba Father, that he took that microphone to pray for the barbecue dinner with everybody seated on haystacks and there were a few banquet tables. It was just a gorgeous setting. There were some pot belly fires going and lanterns. And I was just taking in the ambience of it all.

When Michael took the microphone to pray, all of a sudden, there were 15 unbroken mares that had been hidden in the hills. They stormed the arena and there was a railing, only a few feet behind where Michael stood. And only a few feet on the other side, three horses, stopped right behind him 1-2-3. In my spirit, I heard Father, Son, and Holy Spirit, and 12 gathered around the side. And I was thinking, the government of God, the 12 tribes of Israel, the 12 disciples. All the heads that had been bowed for this prayer and eyes that had been closed, all of a sudden, eyeballs just opened up wide and jaws dropped. Because not one horse had been seen before he started to pray. And he was so in tune with the Lord, he didn’t even respond. He didn’t even know what was going on to the side of him and behind him. And when he said, “In Jesus’ name, Amen.” All of a sudden, all 15 horses raised up on their hind legs, they ran away and disappeared as quickly as they had come. Yes, disappeared. And we were all in shock.

What I heard in my spirit was, The whole earth groans, waiting for the mature sons of God to be revealed. And I stood back there marveling at having, not only a front row seat to that, but all the years of God burning the dross and shaking that which could be shaken, both in me, and especially my husband, and bringing us to such a place of restoration and stability in the Lord. That it was like, Wow, Lord, you as a Papa are incredible. And I just, I want your listeners, I want the people that we meet, to realize the things that they’re putting off, because maybe they’re afraid to surrender to God. –Oh my gosh, what a lie of the enemy.– There is no more exciting way to live or comforting way to live. God has solutions for everything.

He wants us to realize we are seated with Him in heavenly places. We have the authority to bring heaven to earth and to be His agents of love, beyond our wildest imaginations, and to experience the supernatural, and it’s just so fun to meet people and to be able to share. Oh, wow, He’s so much greater than you could ever imagine and the life He has for you is so incredible. He wants to awaken your eyes to see. He wants to awaken your ears to hear. So you don’t miss the divine setups that He brings into your life. Yes, they will be inconvenient. Yes, they will be uncomfortable at times. But you will look in your rear view mirror and just go wow, God, you are incredible and every morning you’ll wake up, Okay, Holy Spirit. What are we going to do together today? Because the sky’s the limit. 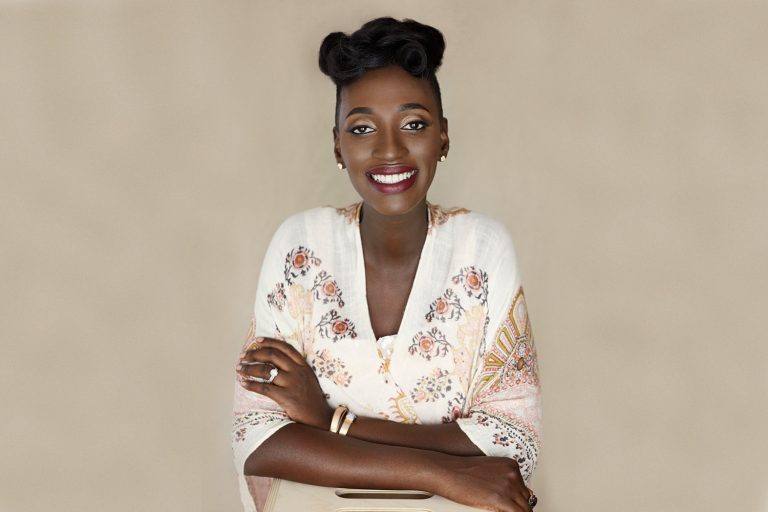 The Miracle of Salvation Send Me a Cardinal But I Am Innocent The Forgiveness of a Murderer 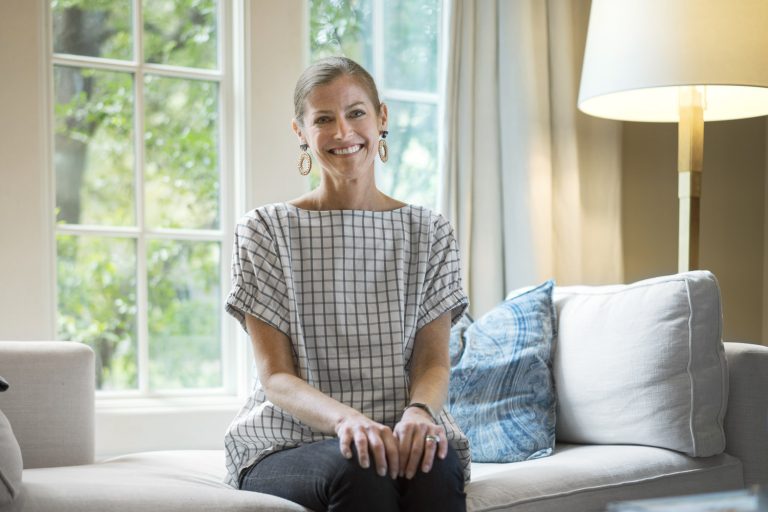